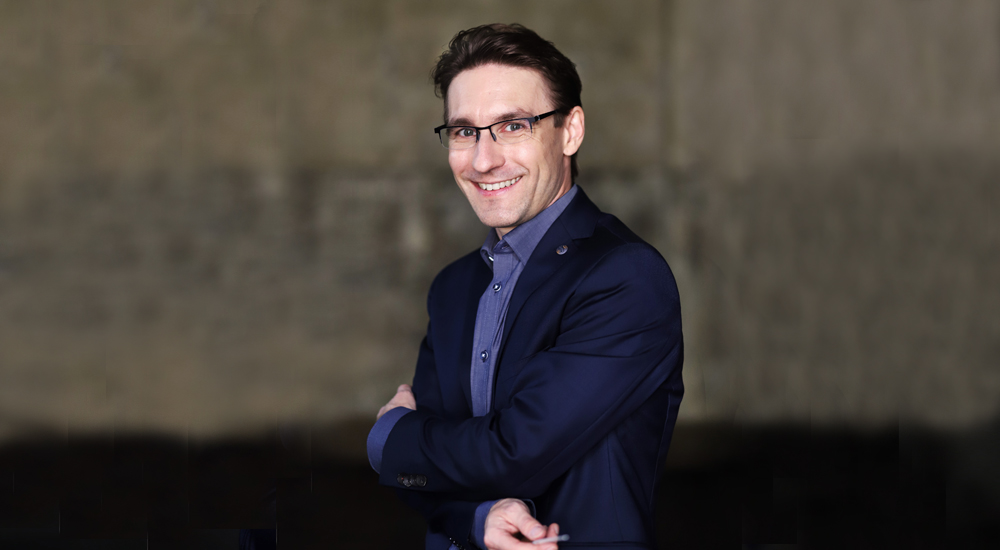 Ivo Hentschel has made his name with his stylistically sure and simultaneously lively reading of the scores as accomplished opera conductor and exiting concert conductor. Since the season of 2021/2022, he is director of music and chief conductor of the theater in Hof, where the refurbished stage will be reopened by him with Cherubinis Medée .

Since 2019/2020, he is the first continual guest conductor of the  Mecklenburgischen Staatstheater and also a regular guest conductor for the Komischen Oper Berlin, to which he maintains a close connection since his debut in 2016 with his engagement as Kapellmeister in the season of 2017/2018. There, he conducted Die Zauberflöte, Die Entführung aus dem Serail, Don Giovanni, Die schöne Helena, Ritter Blaubart, premiered multiple children’s operas and is central to the conceptual execution of the children’s‘ concerts.

Additionally, he led the performances of La Bohème and Don Giovanni at the Bern Theater, Otello for the Theater Lübeck, Carmen for Theater Bonn, Die Zauberflöte for National Theater Mannheim, Cosi fan tutte with the chamber academy Potsdam and returned as concert conductor, among others, to Konzerthausorchesters Berlin, the orchestra of the Komischen Oper Berlin, Potsdam chamber academy and the Jena philharmonic. His debut at the German Radiophilharmonic Saarbrücken for the Year of Beethoven 2020 will be made up in 2021.

His extensive symphonic repertoire bears witness to many concerts conducted in all of Germany and multiple international invitations up to the Orquesta Filarmónica in Montevideo/Uruguay and the Israel Chamber Orchestra in Tel Aviv/Israel. Recordings are held by, among others NDR and RBB. Further CDs were mastered with the Southwest German Chamber Orchestra in Pforzheim and the Orchestra of the Komischen Oper Berlin.

Ivo Hentschel grew up near Stuttgart and studied Piano and conducting at the Musikhochschule Mannheim until 2007 with Prof. Michael Hauber, Prof. Klaus Eisenmann and Prof. Georg Grün. Beyond this, he was supported and shaped by artistically accomplished personalities such as Peter Gülke, Gunter Kahlert, Kurt Masur, Colin Metters, Jorma Panula and Thomas Ungar. In 2008 he assisted Klauspeter Seibel at the Bundesjugendorchester.

His theatrical career started under GMD Cornelius Meister as conductor and répétieur at the theater in Heidelberg. There, he conducted a broad repertoire of baroque operas including Hans Werner Henzes Phaedra and John Adams’ A flowering tree. 2013 to 2014, Ivo Hentschel was the first  Kapellmeister and assistant music director at the theater in Hof and 2014 to 2017 first Kapellmeister at the Staatstheater Cottbus.

Ivo Hentschel received a bursary from the German Musikrats and the artist list “Maestros von Morgen”, awarded prizes in the international Jorma-Panula-Conductors Championship 2006 and received the special award of the German conductor prize 2013.