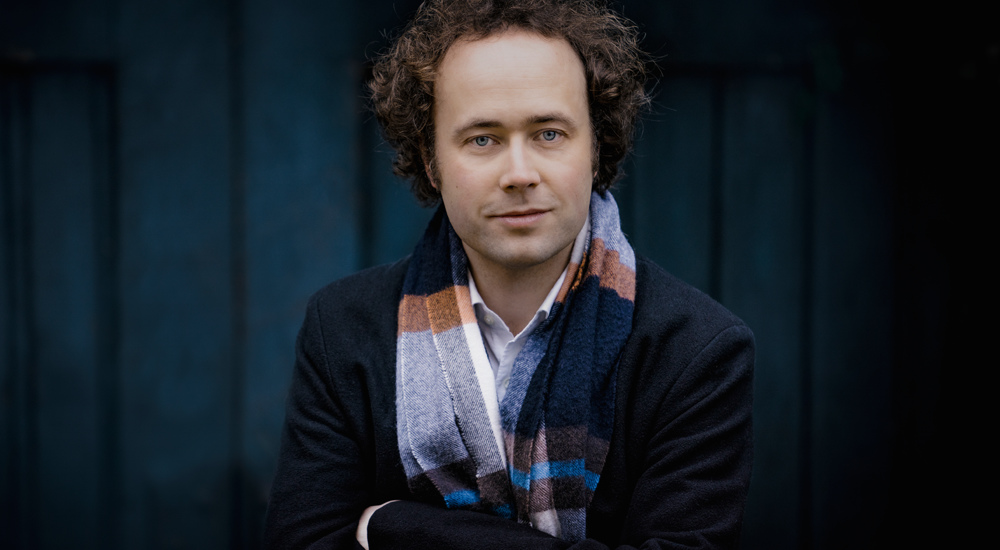 The musical publications called Alexander Alexander Schimpf an exceptional pianist early on in his career. In 2020, his long awaited first CD record with Orchestra was published by CAvi music, who have previously documented his long cooperation with Bayerische Kammerphilharmonie. For this transparent recording of the Mozart Pianoconcerts KV 413-415 with varying string cast of the string section (under concert master Gabriel Adorján), Alexander Schimpf added his stylistically sure own cadences, which made his personal involvement with Mozart audible in a special way.

His artistic development is founded, the same as his interpretations, on a demand of consistent expressionism. In addition to his contest with the classical repertoires Alexander Schimp regularly supports modern and contemporary music; in the scope of festivals of contemporary music he cooperates often with composers of contemporary music from Europe, Asia and America and, in the last years, worked on ca. 30 debut performances of solo and chamber music works.

Born in Göttingen in 1981, Alexander Schimpf graduated from his studies with Wolfgang Manz and Bernd Glemser. Later on, Pianists Cécile Ousset and Janina Fialkowska were his patrons. Since 2009, under the labels of GENUIN and Oehms classics, three solo-CDs with, amongst others, the works of Beethoven, Schubert, Brahms, Debussy, Ravel and Skrjabin have been published. In 2013, Alexander Schimpf was awarded the Bavarian arts support price.

Invitations to piano evenings and solo performances with orchestras led him to perform in multiple German cities (among them Gasteig München, Konzerthaus Berlin, Alte Oper Frankfurt, Kölner Philharmonie, NDR Hannover, Beethovenhaus Bonn, Heidelberger Frühling, Ludwigsburger Schlossfestspiele) as well as the Zankel Hall/Carnegie Hall in New York, Auditorium du Louvre and Salle Cortot in Paris, Konzerthaus Vienna, the Marinskij- concert hall in St. Petersburg as well as the Auditorio Nacional in Madrid. Radio recordings of his concerts were made for, among others, BR, NDR, SWR, ORF and Radio France.

His extensive tenure in the United States brought him work as a soloist in multiple symphonic orchestras, including invitations to piano evenings to New York City, Washington D.C., Boston, Chicago, Indianapolis and others. In addition to performances in most European countries, he performed in China, Taiwan and Vietnam as well as multiple times in South America.

In 2016 he was called to be professor of piano to the HMTM Hannover.

„Maybe they still exist, the sound artists of a younger generation, who have gained an audience through their musical talent and not through non-musical yellow-press sensationalism. Alexander Schimpf could be one of these future heroes of the reform-yearning classics ...”